select sno,year,image_name,url,cat_id from magazine_details where cat_id=19 and sno!=1 and status=1 and (language_status=0 or language_status is null) order by position desc
WeAre - Augmented & Virtual Reality Solutions/Service Company
×

WeAre: VR-Powered Solutions for the

Marvin Tekautschitz, Co-Founder & COO
The workstation as we know it is changing, as more people come to terms with the fact that agility and responsiveness can save millions of dollars in business operations costs. For Marvin Tekautschitz and Maximilian Noelle, what began as a brainstorming session about enterprise mobility at the Innovation Hub of innogy—one of Germany’s largest energy companies—soon spun off into a dedicated company. Dubbed WeAre, this company has raised the bar for enterprise mobility through its innovative and truly unique VR Conference System.

The expectations of virtual conferencing for most businesses today have transcended beyond mere verbal communications to the need for a holistic environment that enables functions like collaborative 3D modeling. It pronounces a need for an interface that allows different teams of the same enterprise located across continents to collaborate remotely and eliminate the cause for traveling.

Driven by the motto “Empowering People To Overcome Boundaries”, WeAre employs VR technology to support many business applications such as the building, sharing and modification of 3D CAD prototypes. With WeAre’s VR Conference System, geographically isolated teams can collaborate on CAD projects in real time. “It is a centralized platform that helps innovators and creators across geographies collaborate, share, work and communicate through media such as virtual whiteboards, in addition to audio-visual interactions,” explains Tekautschitz, COO and Co-Founder, WeAre.

A centralized platform that helps innovators and creators across geographies collaborate, share, work and communicate through media such as virtual whiteboards, in addition to audio-visual interactions

In its effort to help sales and marketing teams make their case for compelling sales pitches, WeAre has designed its solution that empowers sales teams with VR-powered presentations with which they can demonstrate their product’s capabilities without travelling to the client’s location. To top it off, WeAre’s customers can use this solution to pitch for products that are still under development as the interactive digital prototype does the job.

WeAre’s Virtual Reality Conference System is futuristic and designed foreseeing the need to adapt to the rapid rate of hardware evolution. Although a plethora of virtual communication platforms has emerged recently, the drawback with these variants is their inability to support the exchange of 3D CAD files.

While engaging with a client, WeAre’s teams illustrate the capabilities of their VR-powered conferencing solution by deploying a prototype, and then, over a series of iterations, they tailor an enterprise-specific solution aligned with the needs of employees and stakeholders. Recently, WeAre worked with a reputed German company, known for manufacturing large-scale machinery for various industries including food & beverage and pharmaceutical. For this client, communicating with their customers about product specifications over traditional virtual conferencing platforms often resulted in misinterpretations. Often, these deviations have also resulted in wrongly designed products that demand weeks for rectification. The WeAre team helped set up its VR Conference System, enabling the manufacturing company to eliminate ambiguities related to specifications and create a product that met the precise expectations. Due to this, they were able to nurture client relationships better and enhance their sales performance.

Amid most VR applications available in the market today that display rigidity in terms of accepting data in various formats, WeAre’s flexibility to support documents from over fifty formats is one of the factors that has earned the company its due recognition. The organization intends to improve the capabilities of the platform by accommodating more complex data structures. In addition, data security and protection—the most critical concerns of organizations worldwide—are at the top of the agenda in WeAre’s roadmap. 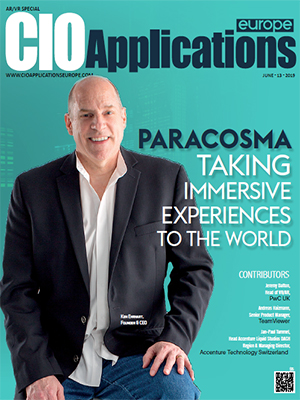 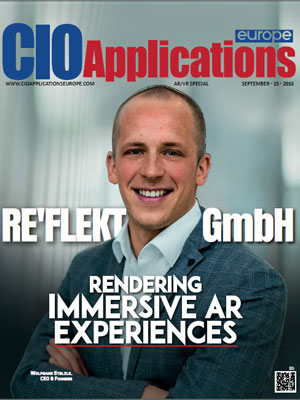