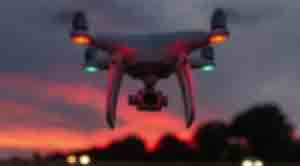 Environmental monitoring is emerging as one of the unique and promising applications of drone technology in Europe.

FREMONT, CA: The drone market in Europe has grown rapidly to cater to the expanding demands of various industries, as well as the government and defense sectors. Even smart city projects in Europe involve drones. Apart from these applications, drones in Europe might be extensively used to monitor the environment. The abilities that advanced drones have come to possess can facilitate environmental monitoring and assessments. There are already instances of drone usage in surveying the environment for conservation and research. Going forward, Europe might utilise more of its drones across environmental monitoring and protection projects.

The level of pollution across Europe has been growing over the years. Although climate agreements and international regulations have been implemented, curbing pollution has posed challenges. These challenges mostly emanate from the limited monitoring capabilities that hamper the enforcement of rules. In such a situation, if regulatory authorities leverage the reach of drones, monitoring becomes comprehensive. Drones equipped with smart sensors and advanced cameras are well-placed to conduct quick assessments of the environment by collecting accurate data.

The data collected by drones can easily depict changing landforms and help monitor critical factors like erosion or melting of glaciers. The changes in the course of rivers and subsequent changes in the river basins can also be seen with the help of high-resolution images produced by drone-mounted cameras. The 3D maps created with the help of drones are of significant value in conservation projects. Thus, even the most challenging terrains can be accessed and monitored effectively to check for environmental damage.

In the European cities, drones mounted with sensors can carry out air quality checks. An article published in Bloomberg Businessweek reported on the use of drones by the Polish city of Krakow to crack down on citizens for illegal burning that result in air pollution. More such applications of drones will empower Europe to tackle climate change and ensure environmental well-being in the long run.