Why are European Cities Considered the Smartest? 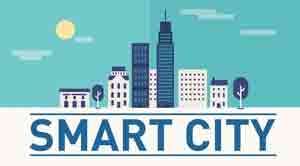 The reputation of European smart cities as the best in the world is driven by the region's focused efforts towards leveraging technological advancements to the best effect.

FREMONT, CA: The smart cities in Europe are regarded to be the most advanced across the globe. Although there are no fixed criteria to define the extent of smartness that a city possesses, looking at specific factors gives a broad idea regarding the performance of a smart city. Every year, there are reports and rankings about smart cities. Sources say that Europe proved to be the front-runner by having the most number of smart cities among the top ten. Oslo, Zurich, Geneva, Copenhagen, Helsinki, Dusseldorf, and Bilbao have all made it to the list with leading ranks. This article tries to understand how Europe nurtures its smart cities to make them the best in the world.

Smart city initiatives play a primary role in transforming any city. European countries have developed and implemented some of the most comprehensive plans for smart cities. These enable cities to become cleaner and greener while ensuring that technology percolates across infrastructure and services. With attention to details, the initiatives address every aspect of an urban centre. Transportation, utilities, security, and surveillance, everything is synced effectively in European smart city projects.

European smart cities have evolved with a focus on safeguarding the environment and ensuring sustainability. This has resulted in a conscious and continual shift from unsustainable practices to sustainable ones. Renewable energy is rapidly replacing fossil fuels. Similarly, waste management and water distribution systems incorporated advanced technologies to become more efficient and futuristic.

Citizen Welfare at the Core

In transforming its cities, Europe has always kept the interests of citizens at the fore. This has resulted in cities where citizens are deeply involved in how the city functions and evolves. Besides, all of the initiatives are taken to bring more convenience to the dwellers, resulting in smart transport, smart connectivity, and smart surveillance.